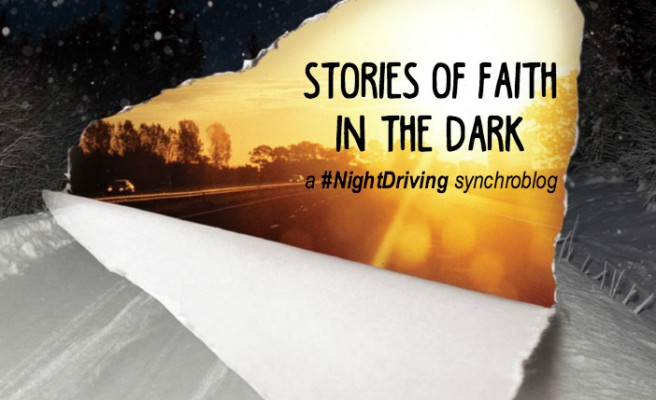 My writing in this space over these 6 years has focused mainly on writing, reading, and place. Occasionally I’ve ventured beyond those core topics (such as with music or running or teaching), and today is another venture, one that is long overdue.

I just finished reading Addie Zierman’s Night Driving, her second memoir, released on Tuesday. It is a thoughtful, honest book that doesn’t flinch in the face of darkness, silence, or ambiguity. Moreover, it has urged me to begin my own memoir, one that will deal largely with my own darkness. But first, I have to acknowledge that her first book, When We Were on Fire, helped me realize I had my own unacknowledged darkness. More bluntly, through rereading and teaching the book last summer I was finally able to admit something: I have an eating disorder.

These words after the colon are not necessarily “easy” words to write, but in so doing, I am speaking truth to the lie that I am who I am because of how/when/what I eat (and/or don’t eat). And I know that I am surely not the only middle-aged man who has confronted such an issue, but one wouldn’t necessarily know that from the ways eating disorders are frequently discussed.

So I am in therapy, yes, and I have made substantial progress since July, but I also know that I have further to go and that I have to guard against relapses, against the return to prior destructive patterns of behavior. There is a sense that therapy has, for me, cast its own searching beam through the hallways and rooms of my past, illuminating choices and situations that contributed to the disorder I now fight. At the same time, this detective work, as uncomfortable as it has been at times, has provided more freedom and joy than I thought possible.

I have learned that my disorder doesn’t define who I am. No, my definition, my identity, my worth stems from this truth: Imago Dei. So I press on, watching the landscape around me gradually lighten, sometimes barely perceptibly, but enough for me to keep on towards my destination.

(You can read this piece where I first confronted this issue here: http://www.altarwork.com/the-night-it-culminates/)

3 thoughts on “Confronting the Darkness”